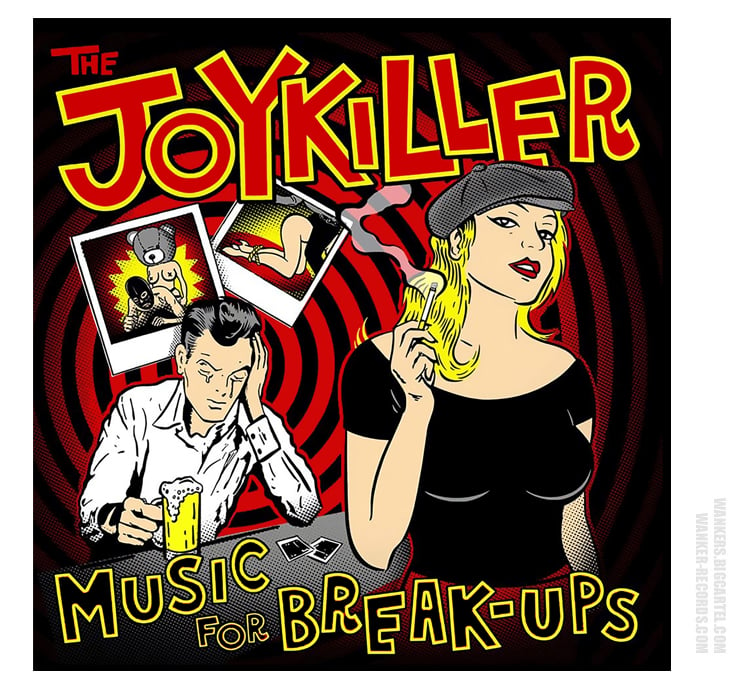 OUT NOW!
Finally!! For the first time on audio cd!!! On your favourite label Wanker Records, Germany (wanker-records.com) - The songs you're about to enjoy were written in the mid 90's and buried in a cassette tape jungle. The Joykiller was known for writing an abundance of tunes and unbelievably, but not surprisingly, these tracks were lost. They are now recorded for the first time. Playing on this collection are the original members of the band; Jack Grisham, Ronnie King, and Billy Persons, but joining the boys on drums is the fabulous Matthew Rainwater, and on guitars the legendary Rikk Agnew and Steven Hufsteter and, as a special bonus, backing vocals were delivered by Steve Soto. The record was produced at Kitten Robot studio by the genius Paul Roessler. The Joykiller was called a 'Pop Punk' super-group due to the band members affiliation with so many of the early southern California punk originators and this collection continues w/ that tradition. The players on these songs have been, or still are, affiliated with these groups: T.S.O.L., The Weirdos, The Gun Club, Vicious Circle, The Adolescents, 45 Grave, The Quick, Nina Hagen, Twisted Roots, The Screamers & Christian Death." -- Note: All pre-orders will be shipped on release day Sept. 14th, 2020.